Symphony of Love in Swing Time

Is it crazy to say that I was trilled to do a blog for Valentine's Day on one my favorite romantic films? Well, infinitely thrilled would be more specific. You see, I don't talk about love very often, but I am very fond of it, nevertheless. When I look to this topic in film it becomes complex. On one hand, I understand that the films of the golden age were highly idealized and whatnot. But, as I watched the film about to be discussed, Swing Time, there is a cherishable simplicity in the great films of that era, where enjoyment and wonderment mesh together with such grace. In the case of this 1936 film, such grace is displayed through some of the greatest dance numbers ever displayed on film. And, to connect us with our theme of Valentine's Day, such dances symbolizes the motions of love and, yes, lovemaking. Swing Time is a film that combines such dance with absurd fun. 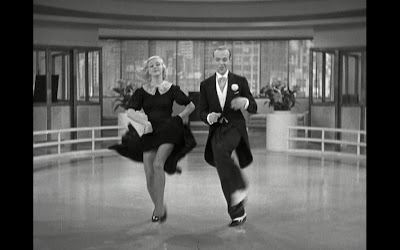 Now, if you want me to summarize the story, you will be disappointed. The story, I must say, is filled with inconsistencies and such, but the tone of the film and, of course, the dancing, makes up for it and then some. Nonetheless, I don't want to go into such detail unless I have to, the dancing expresses all forms of emotion and interplay.

Ginger Rogers, who I adore, and Fred Astaire are the quintessential dancing duo of American cinema. The way they act and react towards each other during their dances is intimate, mimicking the stages of love and many other feelings. Consider their first number, 'Pick Yourself Up', which, musically, exhibits much spontaneity. Rogers and Astaire begin to reflect a flirtatious aura among them, with many quick outbursts of speed and versatility in both. Their next number, 'Waltz in Swing Time', is a suave rendition of a celebration of love with the duo essentially rolling over each other, much more fluid than the outbursts in the previous number. 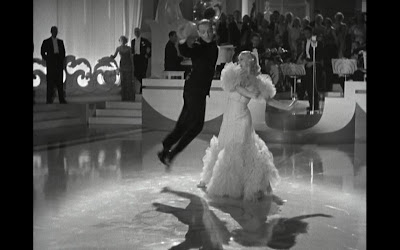 The film is all about courtship, which is usually what all Roger and Astaire films are about. What Swing Time offers over the others is this epic elegance, a sort of tantalizing sensuality displayed through the dance that transcends the conventionality that the film is constructed within. My favorite number of the film, besides the Bill Robinson homage Astaire does by himself, exemplifies this with tenderness and truthfulness. 'Never Gonna Dance', besides being an incredible song, is a dance number with several stages of musical depth and emotional capacity. It begins with the sadness of the realization that Rogers and Astaire can't be together, they glide across the floor in sullenness. They slowly dance closer and look into each other's eyes, but only with the premonition of what's to come. When Rogers begins to walk away, Astaire, jolts at her and they continue to dance; the dancing becomes more intense, a crescendo, if you will. Take note of Rogers eyes, as they become fixed with a passion ready to burst into full color. As they run up the stairs and hit the climax of the number, swiftly spinning in beautiful unity, the dance ends, the nostalgic encounter has ceased. Roger Ebert, in his Great Movies essay, says this number mimics lovemaking. I agree, seeing the complexity of such a number and the emotional content it delivers; it is much more than a lovely waltz. 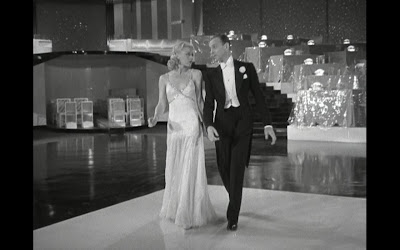 I'll end this post as to the main reason why I chose to talk about this film as opposed to others for Valentine's Day. It contains my favorite kissing scene on film. Now here is the kicker: you don't even see the kiss. I won't go into the details on how the kiss actually happens, but I will say the face of Ginger Rogers, who has, dare I say, an irresistibly joyous face. My whole body turns into gelatin and my smile turns into an outburst of happiness. Sometimes, kissing scenes get caught up in the immediate sensation, which, respectively, is a major part of the kiss. But what Swing Time does is emphasize the emotions felt afterwards. There is not much else I can say about the scene because it must be watched, so I'll stop right there. This Valentine's Day, I think about dance as a sort of free-flowing form of expression, a careless beauty that displays an interplay of rhythm and connection with someone else. It is passionate and vibrant,  something that is displayed wonderfully between Rogers and Astaire. If you haven't seen it, Swing Time is a celebration of what love constitutes through humor and dazzling dance.
Posted by Dan L. at 2:21 AM 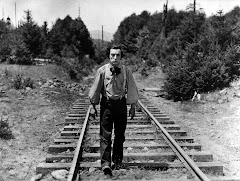 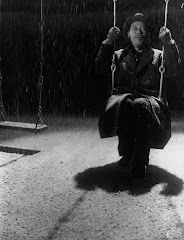 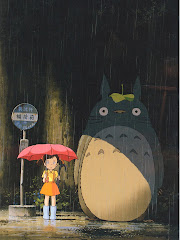 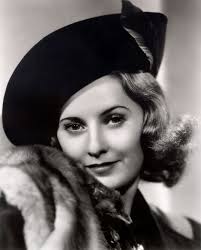 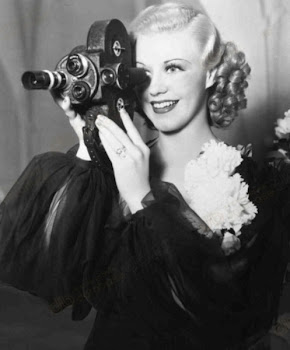 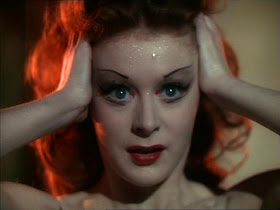 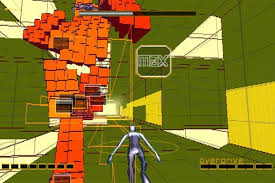